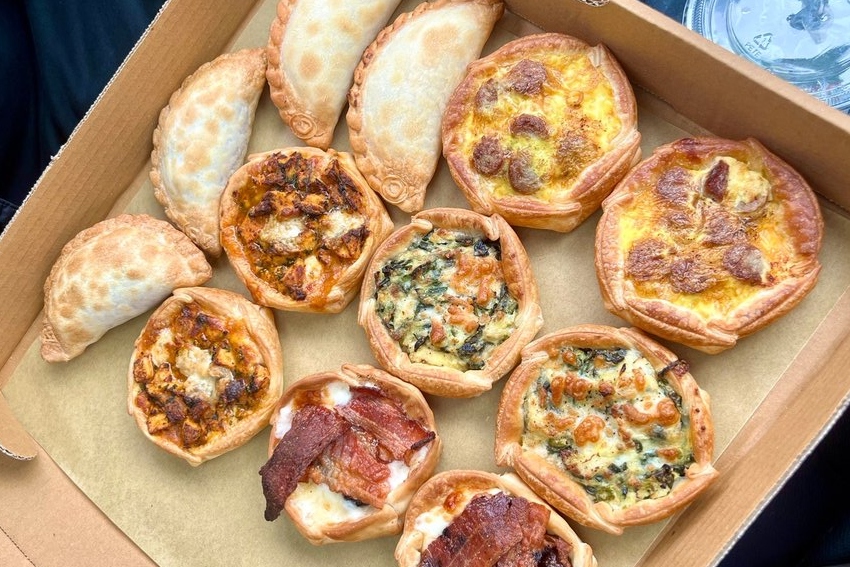 The big winner is Vinoma, an empanada restaurant that serves “the best empanadas in the Bay Area,” writes one enthusiastic reviewer, raving about their plum and bacon empanadas and al pastor. “It’s located near a gas station, but don’t be fooled! It’s definitely a gem that’s not so hidden anymore.”

To create the list, Yelp looked at things ranging from review volume to restaurant ratings. All restaurants included also had to be open from June 27 and have a satisfactory health score by May 13, according to ABC7.

“This is probably one of the best Indian cuisines I’ve ever had…everything was perfect and delicious,” wrote a Yelp reviewer of Ocean Indian Cuisine. “All the salmon dishes were so tender. The chicken was so well seasoned and it was tender and flavorful. Their naan is huge! The food was amazing, the service was high for me, and I’m definitely coming back here.”

Rounding out the top 10 are Bagel Cafe in Pleasanton, MQ Healthy Fast Food in Millbrae, Sonoma Wine Shop & La Bodega Kitchen in Sebastopol, Falafelle in Belmont and Shewhat in Oakland.

The 8 best cafes to visit with the family in Aberdeen