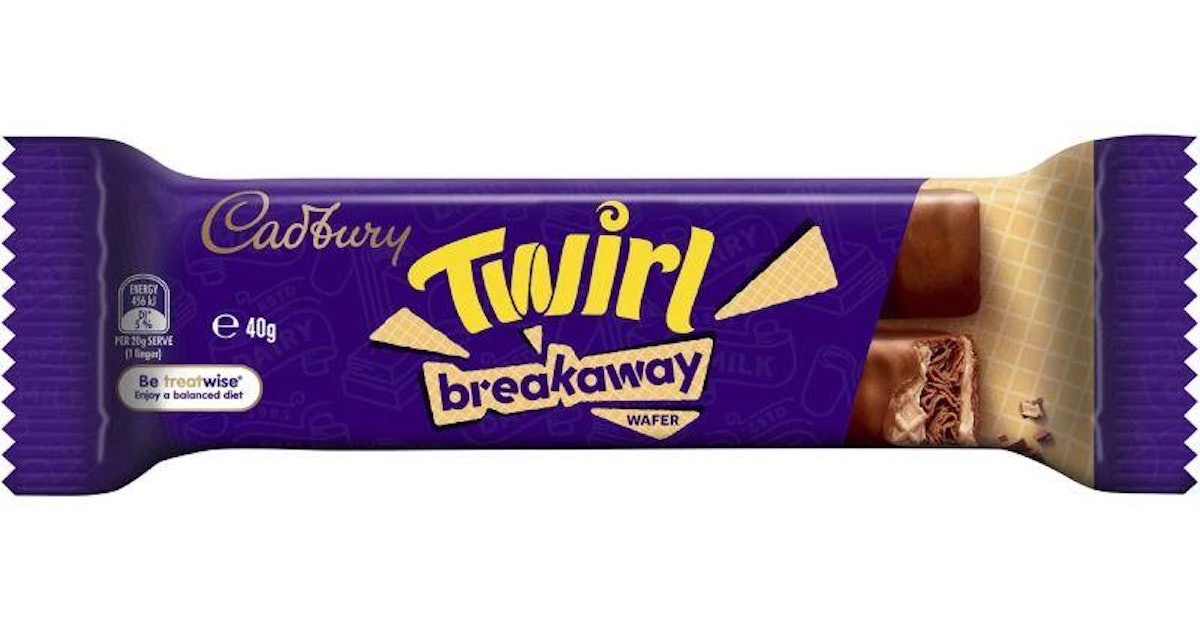 It’s not every day that Cadbury comes up with a new creation, so naturally I’m excited. Step inside the Twirl Breakaway, which consists of two Flake bars sandwiched between two wafers and covered in Cadbury’s quintessential dairy milk chocolate. Sounds good, doesn’t it? Those who know chocolate will certainly recognize this combo. There is a striking similarity to the treat formerly known as the Time Out bar. Bur more on that later.

First spotted in B&M stores across the country, the Cadbury Twirl Breakaway is available for purchase now and costs Â£ 1.49, according to @treatsinstore. At the moment, it doesn’t appear to be available in major online supermarkets, but that doesn’t mean it’s hiding on physical shelves.

Almost as soon as Instagram food critic accounts discovered Cadbury’s new creation, users began to point out how similar it was to the Time Out bar.

The original Time Out bar consisted of a ripple of milk chocolate between two wafers and was sold with the slogan: “the wafer breaks with a layer of flake”. Sadly, the bar was discontinued in 2016 after it was considered the brand’s least popular treat. Instead, the bar has been replaced with a One-Finger Time Out, which has smaller layers of chocolate between the wafer.

Cadbury’s has since issued a statement responding to the comments. â€œWe can confirm that they are not the same, but how each one is made is a secret, known only to our brilliant chocolate makers,â€ the brand said ambiguously. Subway. So this is it.