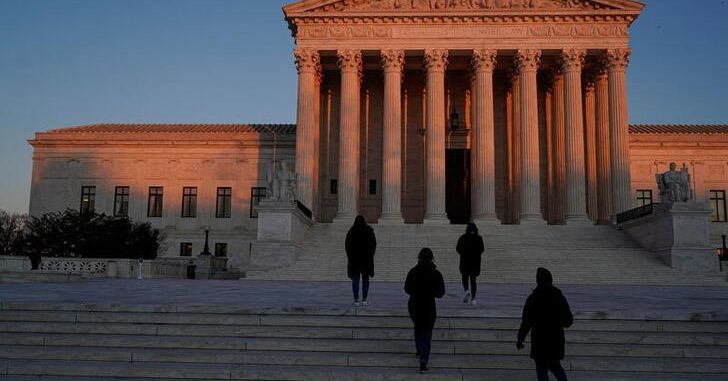 (Reuters) – The U.S. Supreme Court on Monday declined to review the lawsuit of a Florida megachurch challenging its designation as a hate group, avoiding an opportunity to review the high bar at which the figures public faces to prove the defamation allegations.

Court rejects motion by Coral Ridge Ministries Media Inc, which says it lost ability to collect charitable donations from Amazon.com Inc customers after the Southern Poverty Law Center deemed the church a hate group because of its anti-LGBT action. views.

The SPLC maintains a list of widely cited organizations it considers hate groups. Amazon prohibits these groups from participating in a program where customers can choose to donate a portion of their purchases.

Coral Ridge had urged the Supreme Court to revisit its landmark 1964 decision in New York Times Co v. Sullivan that public figures and entities must show that a defendant acted with “actual malice” in spreading false information to outweigh libel claims.

The church said the standard was impossible to meet in many cases and that public figures, like other plaintiffs in defamation cases, should not be required to prove actual malice.

Coral Ridge attorneys at the National Center for Life and Liberty did not immediately respond to a request for comment. Neither did the SPLC and Amazon, which was a defendant in the lawsuit.

Amazon rejected Coral Ridge’s offer to be added to the charity program about five years ago. Coral Ridge argued that its religious belief that homosexuality is wrong does not make it a hate group.

The Sullivan Standard has come under intense scrutiny in recent years, including in a series of lawsuits filed by conservative figures and organizations against media outlets and advocacy groups.

Former Alaska governor and running mate Sarah Palin, a Republican, is expected to pursue a challenge against Sullivan after losing a libel case against The New York Times in Manhattan federal court earlier this year. Palin filed a notice of appeal in the case earlier this month.

On Monday, Judge Clarence Thomas, in a brief dissent from the court’s denial of Coral Ridge’s motion, said a fresh look at the actual malice standard was warranted.

“This case is one of many that show how the New York Times and its progeny have allowed the media and interest groups to level false accusations against public figures with impunity,” Thomas wrote.

For Coral Ridge: David Gibbs of the National Center for Life and Liberty

For the SPLC: Chad Bowman of Ballard Spahr

Could the spotlight on the Palin case bode well for the departments’ bids for the Supreme Court?

Dan Wiessner (@danwiessner) reports on labor and employment and immigration law, including litigation and policy development. He can be contacted at [email protected]