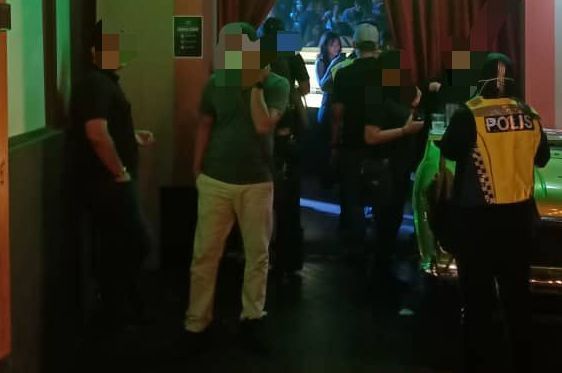 PETALING JAYA: Three nightclub managers have been arrested for running their business without a valid license.

Five foreigners were also arrested for having worked without valid papers.

“We first raided a nightclub in Damansara Utama at around 9.45pm on Saturday June 25 and checked five staff and 33 patrons.

“None of them have committed any violations, so we checked the premises for business and liquor licenses,” he said in a statement on Monday (June 27).

He stated that the manager produced the business license but failed to produce the liquor license.

“We then seized 14 bottles of alcohol and arrested the manager for further action,” he said.

ACP Mohamad Fakhruddin said a second raid was carried out at another nightclub in Damansara Utama around 1.45am on Sunday June 26.

“The nightclub was raided for operating beyond the permitted hour and we checked six staff, including five foreigners who were working without proper permits.

He said another raid was carried out at another nightclub in Damansara Utama minutes later and 12 staff members and 517 patrons were checked.

“The nightclub was operating past the permitted time and the venue manager was arrested,” he said.

ACP Mohamad Fakhruddin said the police would not compromise with anyone breaking the law.

“Strong action will be taken against nightclubs that operate in violation of the law,” he said.