The Daily Bar will open next month in the Italian village 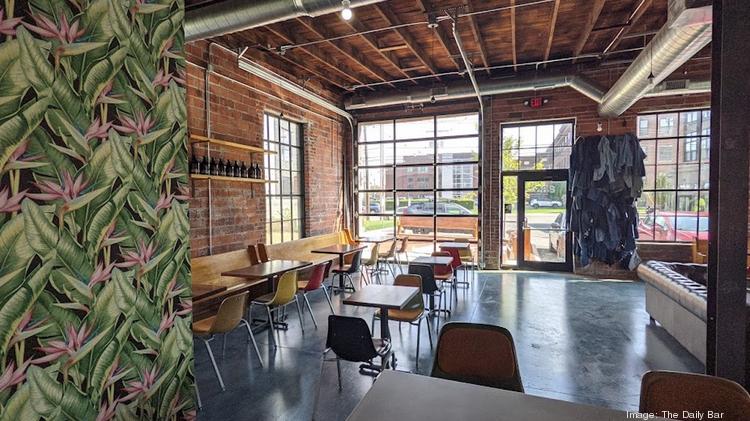 COLUMBUS, Ohio (COLUMBUS BUSINESS FIRST) – One of the owners of The Daily Growler is opening a new bar.

John W. Blakely, who owns the three-unit beer bar with his parents, is on his own with The Daily Bar, which will open on November 5 at 883 N. 4e St. in the Italian village.

The bar takes up a 2,000 square foot freestanding building tucked away in the middle of all new construction on 4e Street. The building was built in 1900 and is the oldest of its type in the Italian village.

Blakely said he ogled this space as early as 2017 when they were preparing the Brewery District / German Village bar. The time was not right then given this project, but it is now.

One of the perks of the wait was the influx of other dining establishments that made their way to Italian Village.

Blakely said he was excited to join this bustling part of the neighborhood. His only regret is that he was unable to open in time to take advantage of the space patio during the summer.

The Daily Bar isn’t giving up on beer – there will be 40 beer, cider, and seltzer choices on tap – but the new space will be more of a traditional bar than The Daily Growler locations, which make for a solid beer business. to take away.

“We actually do more sales on-site than outside (at the Daily Growler), but it’s more of a take-out business,” he said. “I mean, Growler is right there in the name.”

While The Daily Growler started with beer and has gradually added wine and cocktails, The Daily Bar will have a full cocktail list and wine offering from the jump.

Blakely’s personal tastes will also be on the menu. The bar will offer a wide selection of Ports, one of his favorites which he says is under-represented in town. It will also have a soda water faucet – regular soda water, not a flavor – which will be used for the bar’s spritz menu.

“Simple drinks,” he said. “One or two ingredients.”

The decor is vintage with wallpaper, colorful tiles, and pews. Unlike the Daily Growler’s electronic menu boards, the Daily Bar will have old-fashioned paper menus (although there is a QR code for those who want the menu on their phone).

The Daily Bar will be managed by Ryan Williams, former House Beer and Platform Beer Co.

The building has a dedicated car park at the back of the building and a common car park for its 4e Entrance street.

The pros and cons of unsecured loans

Restaurants are creative in keeping menu prices low for customers