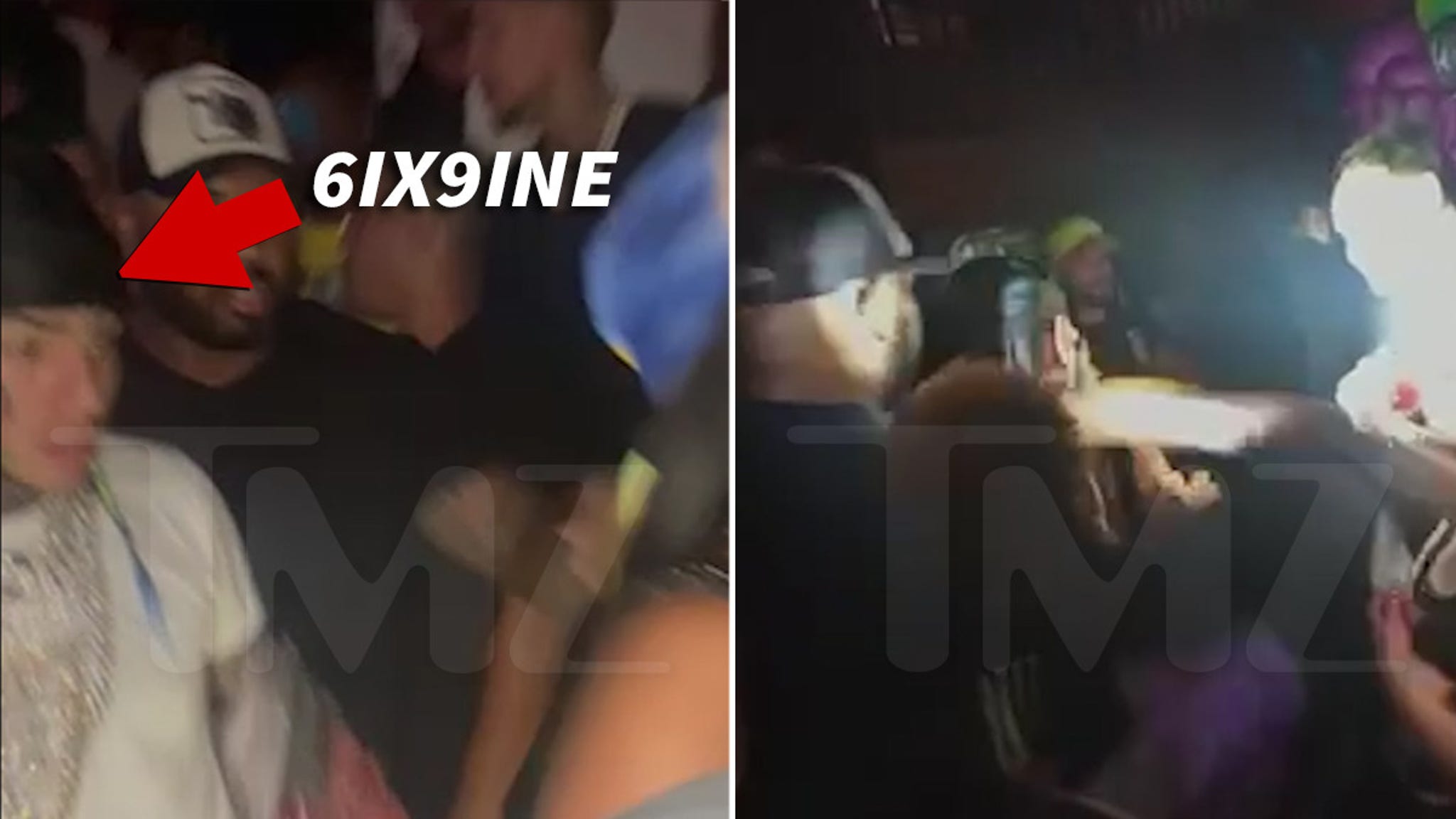 7:28 a.m. PT — Tekashi tells us: “He grazed my shoulder through my neck. He also connected with my security guard’s shoulder. I didn’t know this guy. There was no prior argument.”

Tekashi 6ix9ine learned the hard way that he still had a ton of enemies, taking a punch to the back of the head as he walked out of a nightclub with his crew.

We got video from inside Pilos Tacos Tequilla Garden in Miami around 2am where you can see security clearing the way for Tekashi and his team. Apparently — one club-goer wasn’t a fan of Tekashi’s music, his snitches, or maybe even his hairstyle — and decided to punch the rapper’s passing.

Looks like the punch landed, hitting Tekashi in the back of the head, and the guy who threw the punch takes off.

As for why he was in the club, Tekashi made an appearance and performed a song behind the DJ booth, so it looks like he’s trying to test the waters on how he might be received by the average Joe… apparently one guy was ‘I don’t feel it.

Tekashi, for what it’s worth, seemed unimpressed with the attack and reportedly signed autographs outside the club afterward.

Tekashi was released from home confinement as part of his Nine Trey Gangsters trial in August 2020. The rapper worked with law enforcement to provide information about wrongdoing by the gang and its members, reaching a significant settlement.

Although he’s been releasing music since… Tekashi has maintained a relatively low profile, but recently popped up on social media.

We’ve reached out to Tekashi regarding the punch…so far no word back.