Pulse nightclub owners get the key to the city 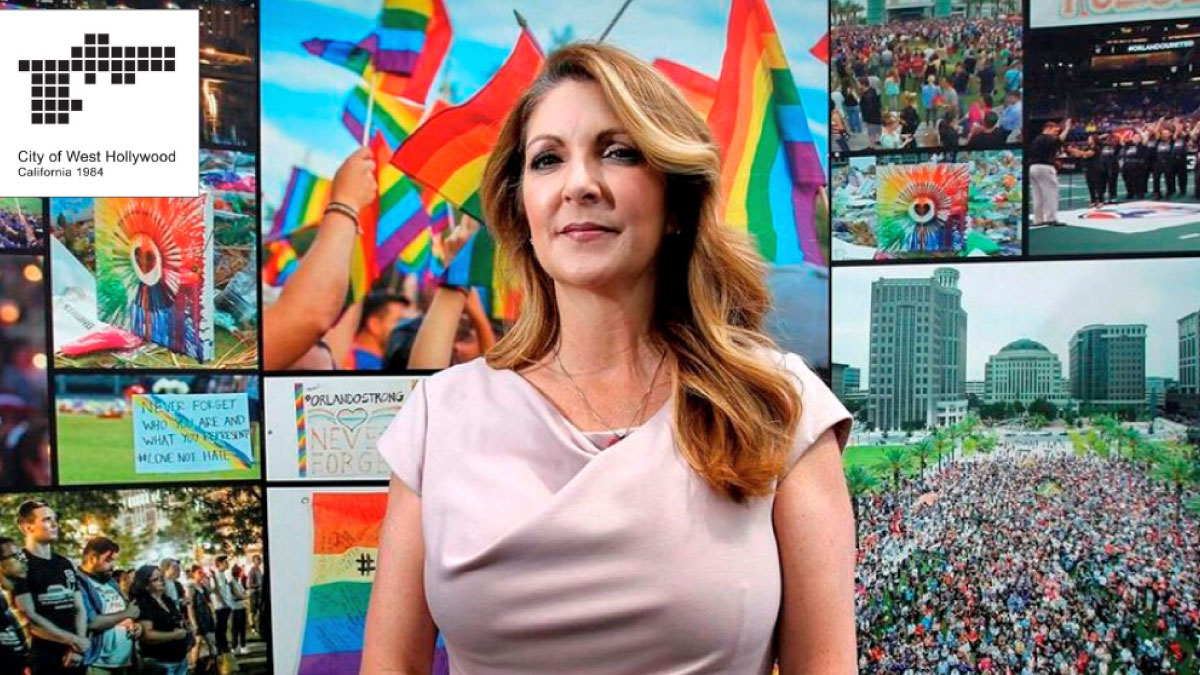 Video of the presentation is available as part of the City Council meeting, which can be viewed on the city’s WeHoTV YouTube channel atwww.youtube.com/wehotv(or use this direct link:https://youtu.be/jAfadeCn4gw) and on the City’s website atwww.weho.org/wehotv(or use thisdirect link).

The West Hollywood City Council also issued two proclamations on Sunday, February 6, 2022 – one to Barbara Poma and one to the onePULSE Foundation – in recognition of their dedication and commitment to preserving the legacy of lives lost at Pulse nightclub.

Pulse nightclub was the site of a tragic mass shooting that took place on June 12, 2016, which left 49 dead, 68 injured and countless other lives affected. Barbara Poma created the Pulse nightclub in 2004 as a tribute to her brother John, who died of HIV/AIDS. The Orlando, Florida club has been embraced by the LGBTQ community for its culture of love and acceptance. Sadly, it has become known as the site of the deadliest mass shooting in US history, as well as the deadliest incident of violence against LGBTQ people in the country.

In the aftermath of the massacre, Poma established the onePULSE Foundation to fund, design, and build a National Pulse Memorial & Museum on the original site of the Pulse nightclub. In the meantime, the onePULSE Foundation has established a memorial as a sanctuary of quiet reflection and love dedicated to honoring the senseless loss of innocent lives. The onePULSE Foundation also created 49 individual college scholarships awarded annually, named in honor of each victim and designed with input from the families of the victims to highlight their specific vocations, hobbies or life aspirations. Poma is now the executive director of the onePULSE foundation and works as an advocate for LGBTQ rights.

Since its incorporation in 1984, the city of West Hollywood has become one of the most influential cities in the country for its outspoken advocacy on LGBTQ issues. No other city of its size has had a greater impact on national public policy discourse on equity and inclusion for LGBTQ people. More than 40% of West Hollywood residents identify as LGBTQ, and three out of five members of the West Hollywood City Council are openly gay. The city has been advocating for action to support LGBTQ people for nearly four decades and has been at the forefront of efforts to achieve and protect equality for all at the state, national and international levels.

For more information, please contact Andi Lovano, Supervisor of Community and Legislative Affairs for the City of West Hollywood, at (323) 848-6333 or [email protected] For those who are deaf or hard of hearing, please call TTY (323) 848-6496.