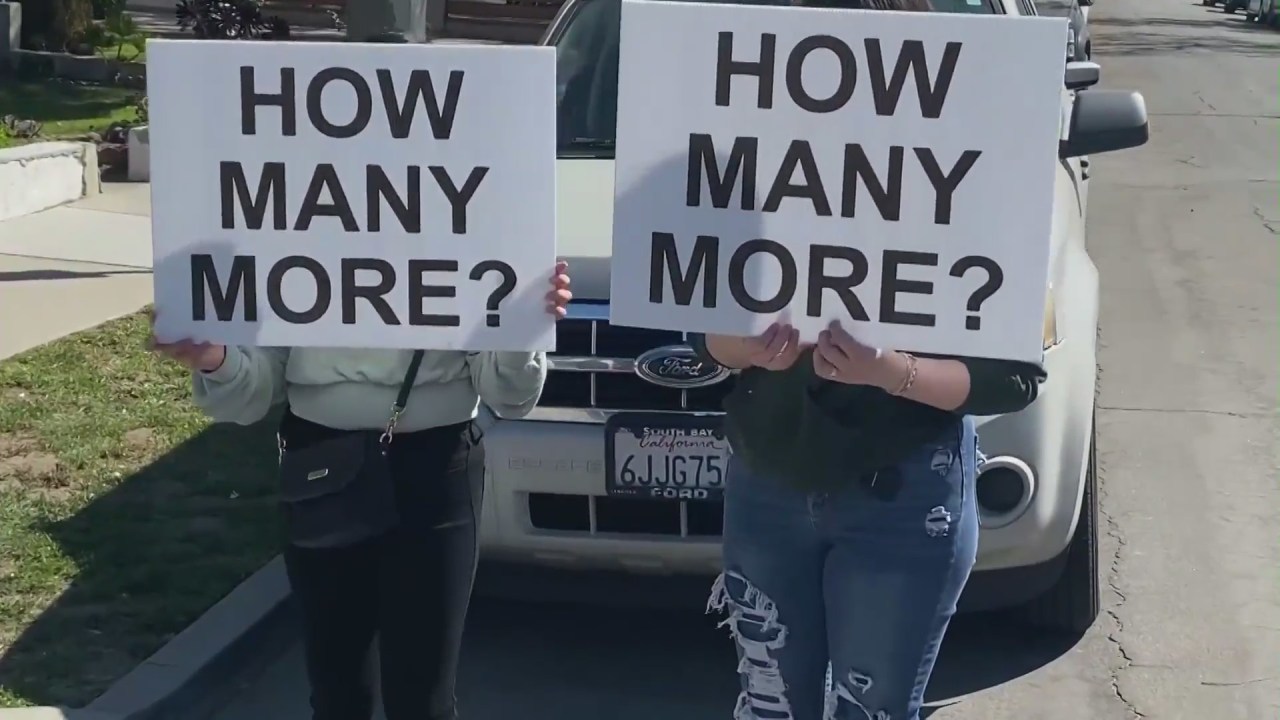 A peaceful but vocal protest against a Long Beach bar took place on Saturday afternoon.

Crowds gathered for a march and rally with people holding banners and posters calling for Bottoms Up Tavern to be shut down and closed, saying patrons who go there have had a serious and negative impact on the neighborhood.

The bar is directly across from a memorial in an apartment building that marks the scene of a fatal hit-and-run accident that claimed the lives of a father and young daughter.

A truck crashed into the building, killing Jose, 41, and Samantha Palacios, 3. Long Beach police have identified Octavio Montano Islas, 24, as the suspected hit-and-run driver in the fatal March 1 crash on Rose Avenue. Investigators say he fled the van and has not been found.

Anyone with information about the fatal hit-and-run accident is asked to contact Long Beach Police at 562-435-6711 or submit a tip online at lacrimestoppers.org.