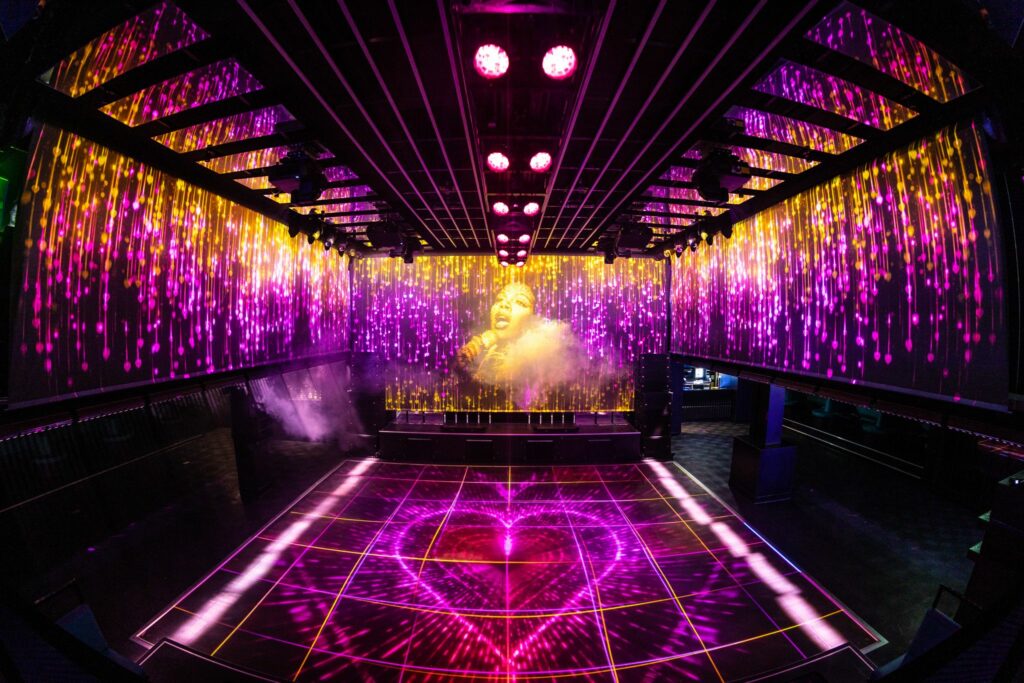 Powersoft’s compact transducer, Mover, is at the heart of a new four-dimensional nightlife experience in Amsterdam that lets visitors dive deep into the rich culture and educational history of electronic dance music from its roots to These days.

Based in Amsterdam’s Rembrandt district, Our House has been a thriving nightclub and the beating heart of the electronic music scene since the 1980s. The iconic venue upheld its musical heritage by recently becoming a museum of digital storytelling, promising a journey of 75 minutes in the musical genre via interactive exhibitions, shows and performances, telling the story of how electronic music – once a rebellious and secretive underground scene – evolved into a global cultural phenomenon.

“When we came here about two years ago, the place was very analog: there was a sound system, strobes, a smoke machine and LEDs – that was about it,” says Our House’s general manager, Jeroen Jansen. “We wanted to rebuild the club with facilities that could tell the story of over 40 years of dance music using mixed media technology. In order to revamp the place and bring it to a whole new level, we received a lot of support from the industry, including Powersoft.

The redesign of the venue had to be carefully thought out, as it houses a popular nightclub, Club Air, in the evening while sharing the same space with museum visitors during the day. The power of the amps and Mover are somewhat harnessed for effect during the day and aimed more at visually connecting to the video content, while at night the low frequencies are boosted on the dance floor to accentuate the music and line. bass.

Jansen sought advice from Powersoft engineers to estimate the number of movers required to support the dance floor structure they had in mind; the double layer flooring needed to support 100 people and 12 tons of weight.

They opted for 64 Mover, Powersoft’s compact linear transducer, all powered by four Quattrocanali 4804 DSP+D amplifiers. The transducer can be attached to a variety of objects and structures, including gaming chairs, entertainment room seating, wall panels, and in this case, under the double-layered dance floor.

“We came up with the idea of ​​actively involving all the technical elements associated with electronic music, such as light, video, laser and special effects. We wanted the movement under people’s feet to form a completely immersive experience, created by a timecode content system,” says Jansen, who refers to the content specifically designed as “the connector of all dots,” bringing all the technologies at specific musical points. , like when the rhythm drops or the musical crescendo.

The “double floor” construction consists of a hydraulic surface, which can slide up and down 20 cm, and the secondary floor above. The latter has the 64 Mover attached, one to each floor panel, so it can be felt wherever the person is.

Jansen credits his passion for electronic music with driving the creation of this experiential museum, which pays tribute to the “protagonists” (iconic DJs, bands and producers, including Daft Punk, Carl Cox and Diplo) who helped organize a first – one-of-a-kind experience: “It was very important for us to create a complete, glasses-free VR experience at the culminating end of the visitor journey. This is where the idea of ​​a haptic experience came from: linking all the technology to movement, so that everything works in harmony.

System integrator Lagotronics worked with Our House to develop the hydraulic “free fall” floor system, which not only vibrates but falls downwards. “We’re adding a special element that nobody expects, so it’s quite a shock to people when they’re here; it creates a truly unique experience,” adds Jansen.

The creative designer of the sound system, Joshua Dutrieux (JDX Music), was approached by Jansen and Fourmation, his entertainment company, with a mission to create something that had never been done before and that would make the dance museum truly memorable: “I I know Jansen from the time we were organizing dance music events together,” says Dutrieux. “I come from a background of house and hardcore music, so I really wanted to be part of this project!”

Dutrieux experimented with two Mover at home, exploring the capabilities of its low frequencies: “I wanted to identify the frequencies to make the ground rumble. I had all these audio samples and started adjusting the volumes up and down. Eventually the rumble made my jaw quiver and I thought, ‘Okay, let’s do this full-scale on a dance floor.’

Over the past few years, Mover has been used for a wide variety of applications, in gaming chairs, immersive experiences, and under floors, where it is used as a subharmonic frequency extender to replace the amount of subwoofer in a space, subsequently reducing low-frequency noise pollution in the surrounding environment.

“Because of the massive force we can put on a Mover, it actually replaces four of the conventional products that have been used in the past, which means the product is very effective,” says Mark Kocks, Business Development Manager at Powersoft. “The sensations created are unprecedented – every visitor I have seen here at Our House came away with a new experience.”

Banff Cafe shortlisted for Coffee Customer of the Year