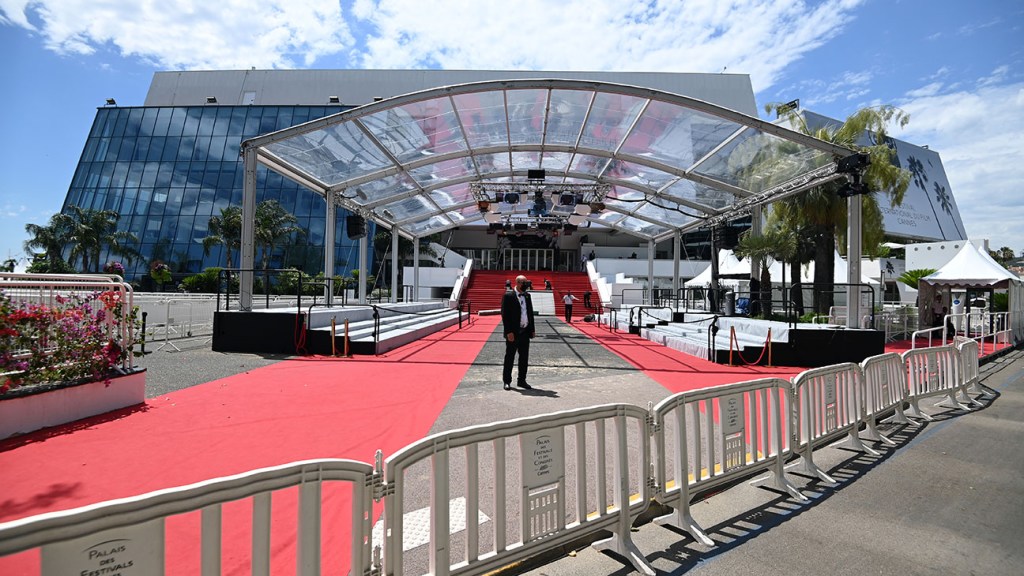 The secret is revealed: Silencio returns to Cannes.

The famous Parisian nightclub, designed by David Lynch and which has inspired pop-ups everywhere from Berlin to Miami, returns this year to the Croisette for an 11-day residency coinciding with the Cannes Film Festival. The 2022 edition also marks the most ambitious Silencio Cannes to date, as it moves from a temporary location at the festival headquarters to the Palais des Festivals, where the space can accommodate over 800 revelers per event. Arnaud Frisch, founder of the club, joined The Hollywood Reporter on Zoom to talk about his plans for the May 17-27 residency this year, club rules and the movies he’s most looking forward to seeing on the big screen.

Congratulations on your return to Cannes. What’s new this year for Silencio?

This year is totally different for us because we will be inside the Palais des Festivals, which is of course the central space of the festival. We will have a large space that can accommodate 800 people and this will allow us to do more programming. We have teamed up with France TV, official sponsor of Cannes. It will be really interesting for us to be at the center of everything. It’s very exciting. After two years of COVID, I think people are really excited to do it.

Where will it be located in the Palace?

It’s in the club, the radio club. It’s a bit 70s, which is pretty cool, and there’s also an indoor/outdoor space with a terrace. it’s above the casino. When you leave a projection, it’s right there.

Because Silencio is a very organized environment, how can you transform this place to match the Silencio aesthetic?

We further transform using Silencio’s DNA. We bring the cocktails made by Rémy Savage, our bartender who is truly amazing. He brings the same team that has worked with us for 10 years, so they kind of know everyone. We also try to work with the same artistic collectives that we have in Paris to provide content. It’s hard to really change the place, it would take a lot of work, and since we’re totally comfortable with the place and love the 70s vibe and how cinematic it is, we we just focus on the vibe and the DNA.

For those who have never been to Silencio, how would you describe the atmosphere?

Silencio now has three different locations. We have the history designed by David Lynch [in Paris]. It’s really underground so you don’t really feel the time. This space has a lot of different programming with performances, concerts, screenings, so it’s a very cultural space. Then we open a Silencio de Prés on the Left Bank of Paris. There’s a 200-seat movie theater and there we do a lot of premieres. It has a restaurant with a very young and talented starred chef, Guillaume Sanchez. We have also just opened a jazz club there which offers contemporary jazz and hip hop.

We opened another Silencio in Ibiza last year with Jean Imbert who we worked with a few years ago for the Cannes Film Festival. There’s continuity in the people we work with, all amazing people from very different creative fields – music, fashion, film, art. When you go to Silencio, it’s the vibe.

Do you have a favorite memory or remember a specific night that felt like a perfect Silencio night?

We had a lot of very good memories with a lot of talents who came to celebrate their films. Maybe one evening with Marion Cotillard when she came to cook with Jean Imbert. It was fun because that’s really what Silencio is, meeting very different creative people. It’s also a place where you can come and really feel free. Previously, we didn’t have any pictures inside, which could be a place where people could come after a very intense day in Cannes and have a nice relaxing time.

Was “no photos” a general rule?

A little but now it’s hard to avoid the images everywhere. When we launched Silencio, it was the rule for the first years because we wanted to give the feeling of living in the moment. It’s become a bit of a struggle because it’s contrary to what people want to do now. So we’re not so strict on that anymore, but we still want people to feel really comfortable in the place. The artists who come, they can really spend the night at the club without any problem.

Are there other rules?

I don’t know if it’s a rule, but Silencio talks about artists. Sure, it was designed by David Lynch, but it’s an artists’ house. We work closely with artists on programming and allow artists to build and test new projects. We don’t just host movies and concerts, we like to do something more creative. Because it’s a small room, artists can come and try something different, maybe something more fragile, and really work on something.

Looking at the Cannes programming, which films are you most looking forward to seeing?

There are many directors I like who come back to Cannes, like James Gray or David Cronenberg. I’m also looking forward to films by Kirill Serebrennikov and Ruben Östlund, and Quentin Dupieux’s midnight screening.

Do you ever sneak in to a lot of screenings?

Yeah. I think it’s important to see films. We program films here in Paris so [Cannes] is a good time for me to see movies. Usually, Cannes is very intense, but I think it’s intense for everyone.

You said that Silencio was created for the “creative night owl”. Do you consider yourself as such? How many hours of sleep per night do you get during the festival?

Yes. All year round, I sleep between five and six hours a night and it’s about the same in Cannes. Sometimes it can be less.

Apart from the Silencio, do you have any favorite spots in Cannes?

Yeah. I really like going to Da Laura, the Italian restaurant in the center of Cannes. But sometimes when I want to go to an outdoor space, I like to go to Saint-Paul de Vence for an afternoon, maybe for lunch there at the Hotel La Colombe d’Or. And this year I’m going to the Mirazur in Menton because we are collaborating this year with its chef, Mauro Colagreco, who runs this incredible restaurant there. Before doing Silencio, I loved going to the Janes Club or the Baron, which had great parties.

Is there someone you would like to see through the doors of Silencio this year?

It’s a good question. It would be great to have David Lynch back. It could be a very good surprise.

The interview has been edited for length and clarity.

Restaurants and bars prepare to send drinks to the door again