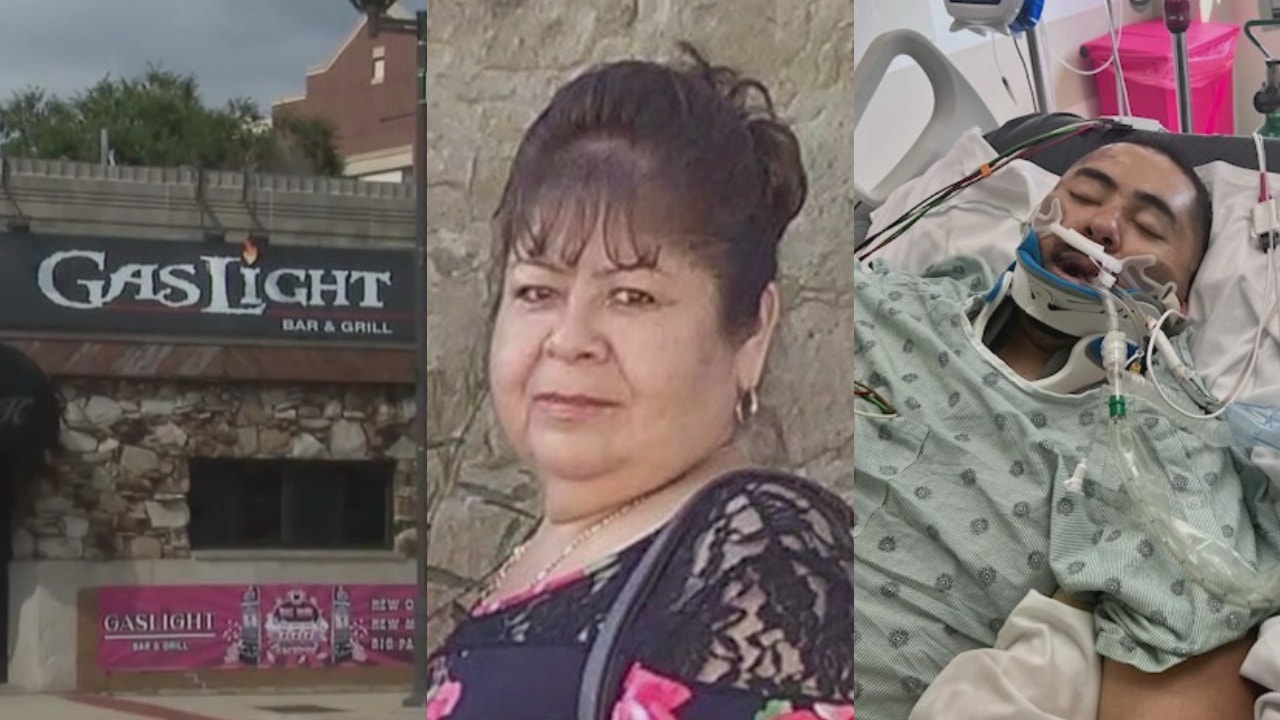 Relatives say that Maria Anita Chacon and her son Tomas had just had a bite to eat in a restaurant before the fatal accident.

OAK LAWN, Ill. – A suburban family mourns the death of their mother, while an Oak Lawn bar’s liquor license is suspended after officials say overserved customers caused a fatal accident.

Maria Anita Chacon, 66, was killed early Sunday morning in the crash near 110th and Cicero. Her 30-year-old son, Tomas Chacon, suffered serious injuries and remains hospitalized with a head injury.

“I have no words,” said Rosio Chacon, the victim’s daughter. “They were inseparable.”

Relatives say that last Saturday, the mother and son attended a family cotillion. On the way back, they stopped for a bite to eat.

“When they came out of the restaurant, the accident happened,” said Rosio Chacon.

It was just before 2 a.m. when investigators said a Dodge Charger and a Honda Accord were traveling at high speed. The Charger struck the rear of Cachon’s Lincoln, sending it flying into oncoming traffic, where it collided head-on with a pickup truck.

The Honda left the pavement and hit a bench, rolling several times before coming to a stop in a nearby parking lot.

Maria Anita was killed, while Tomas was seriously injured. He is currently intubated in the hospital.

Investigators say Steven Bradford, 39, of Harvey drove the Charger while Joann McNary, 32, of Chicago drove the Honda Accord. Bradford and McNary were both charged with one count of aggravated DUI involving death and one count of reckless homicide.

“Because of their negligence, my family is suffering,” said Rosio Chacon.

Officials say Bradford and McNary came from the Gaslight Bar & Grill, which has been the source of problems and complaints, according to the Village of Oak Lawn.

The Village of Oak Lawn Liquor Commissioner, Mayor Terry Vorderer, suspended the bar’s liquor license this week, but relatives of the victims say it’s not enough.

“I feel it’s too late, it’s good that they did it, but it’s too late. They’re not going to give my mother back to me,” Rosio Chacon said.

The bar’s license will remain revoked pending a hearing next week.

“We have tried to work with the owners and managers of the bar, but there is clearly a disconnect, and we are not going to risk another tragedy as a result,” Vorderer said.

The Chacon family started a GoFundMe page to help cover the cost of their mother’s funeral and their brother’s medical bills.

Maria Anita Chacon will be taken to her hometown in Mexico for her funeral.

“Ms Phillips is emotionally devastated by the events leading up to the instant suspension. Felicia is a kind-hearted woman who struggled to open a new restaurant kitchen from the Gaslight. She was heartbroken to recently learned that a car accident resulted in the loss of life.”