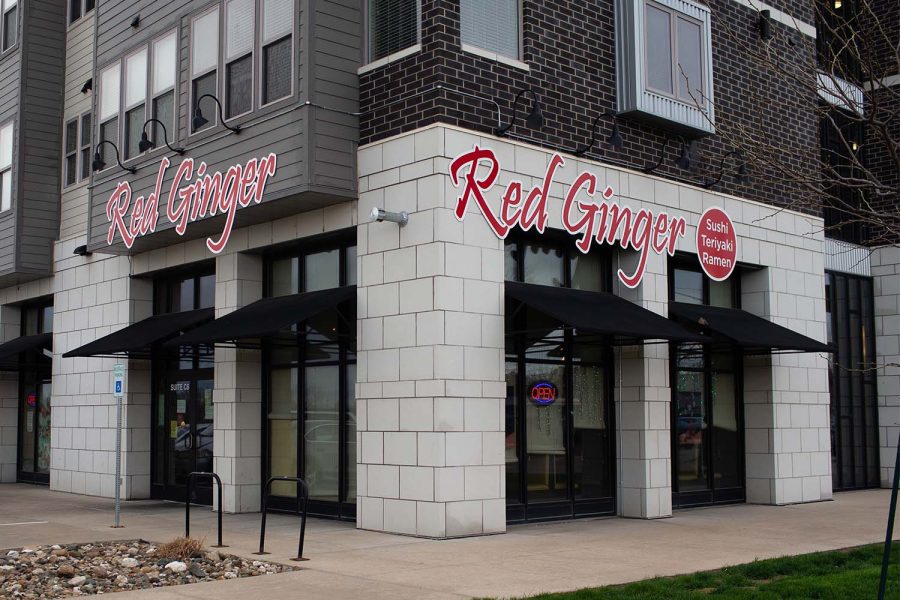 The Johnson County Public Health Department discovered more than 100 health code violations at restaurants in April. The violations were mostly concentrated in employees’ improper hand washing and food debris left on the blades.

Red Ginger on South Gilbert Street committed 12 violations during its April 1 inspection. Those responsible could not ensure that employees were effectively cleaning their hands or sanitizing equipment. Employees were also not trained in food safety protocols.

The report does not specify whether any changes have been made to improve these conditions.

Inspectors also found a food worker washing his hands with single-use gloves and continuing to work with the pair of gloves. A manager told the employee to throw away the gloves and they washed their hands properly.

Some prepared items did not have expiration dates displayed. Two disinfectant solutions were made too strong and the person in charge diluted them until they were at the correct concentration to use.

Iowa City’s Soseki Cafe committed 14 violations during its routine inspection on April 26. Employees have been observed washing their hands improperly without soap and failing to wash their hands after removing single-use gloves used to handle raw fish products.

Some employees also used single-use gloves with raw and cooked buns. A manager has been notified. It is not clear from the report whether any behaviors have been changed.

Raw fish was stored above ready-to-eat items in the establishment’s sushi coolers, but an employee rearranged the shelves after an inspector commented on the locations.

Dried food debris was also found on the meat grinder blades and plate. A manager said the machines had not been used recently.

The Bluebird Diner in Iowa City received seven violations on April 20. An employee did not wash his hands after washing dirty dishes. Another didn’t throw away his gloves after handling raw eggs.

A meat slicer in the restaurant’s basement also had dried debris on the blades. The bacon was also kept at the wrong temperature near a grill. The inspector mentioned better storage methods to a manager.

Mosley’s on South Gilbert also committed seven offences. The restaurant had several sauces overdue in a cold room, but an employee intentionally threw the items away. An ice machine lip had excessive buildup as did a meat slicer on the premises.

There was also no certified food protection officer employed by the site.

Outside of Iowa City, North Liberty’s Rancho Nuevo had 11 violations during its April 19 inspection. The restaurant had inadequate written procedures for dealing with bodily fluid spills. A manager said the procedures were verbal according to the report.

Raw bacon was stored in a cold room above ready-to-eat carnitas, shredded chicken, queso and chicken broth, but an employee moved the bacon to ensure no cross-contamination occurred. Dates were also missing from the establishment’s homemade foods.

The North Liberty Reds Alehouse committed seven violations during their April 13 inspection. The establishment had non-continuous cooking procedures for its chicken wings, with no procedures written or submitted to the county for approval.

Homemade sauces were held past their seven-day limit and a manager purposely threw the items away. Some steak and egg dishes did not indicate that they could be served undercooked.