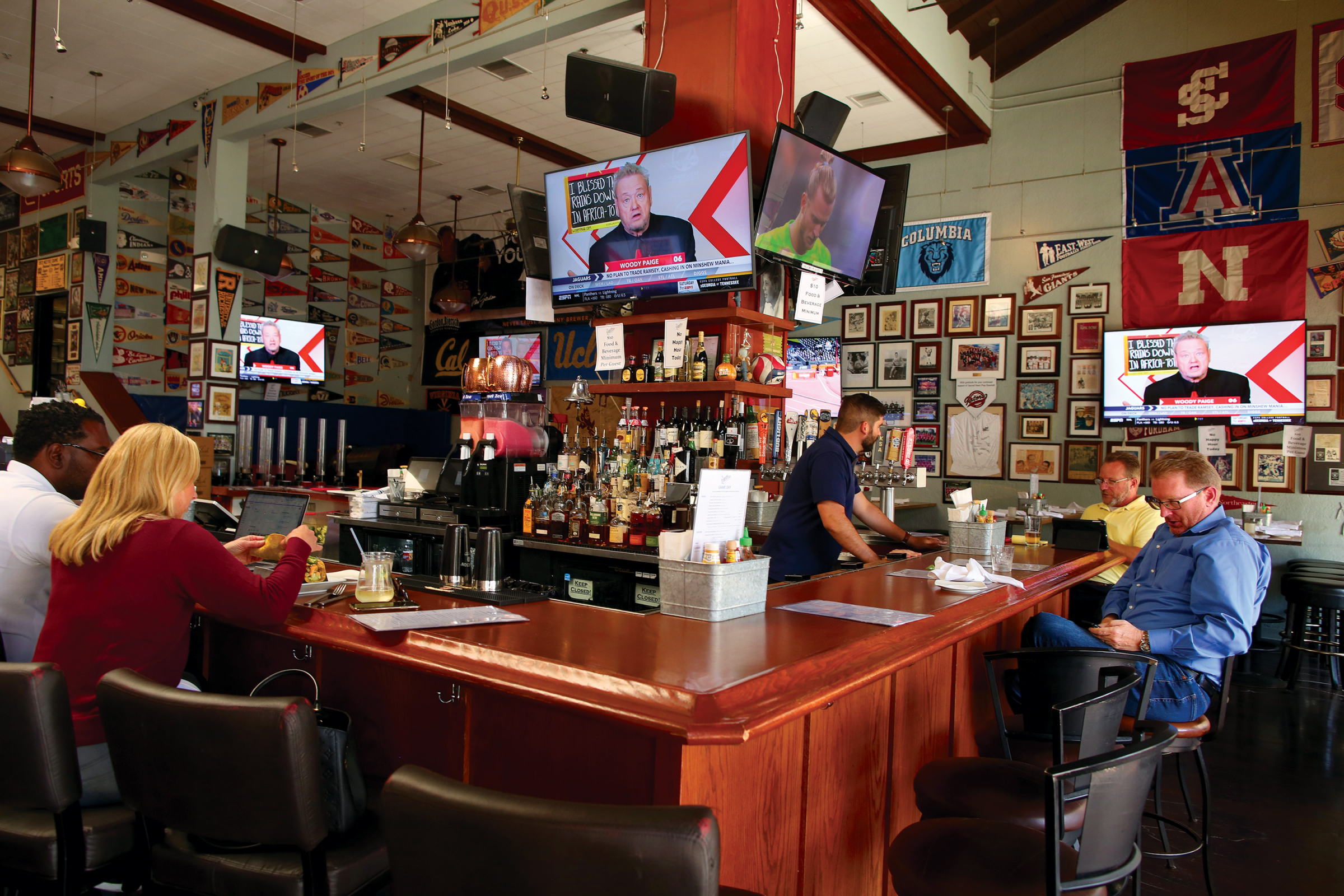 Originally opened in 1964, The Old Pro has long been Palo Alto’s classic sports bar, even as Silicon Valley grew around it. The walls are lined with vintage pennants featuring now-defunct teams like the World Soccer League’s Philadelphia Bell and framed Sports Illustrated covers from a time when printing full-color photographs took weeks of planning.

Later, the bar also drew crowds for late-night must-haves, including its mechanical bull Bucky, beer towers and shotskis. Open until 1 a.m. on Friday and Saturday nights, The Old Pro is one of the few places in the quiet Midpeninsula for a late-night drink. On June 1, the company announced its permanent closure after its last day on June 19.

The (old) Old Pro opened under a different name on El Camino Real near Page Mill Road and the Oregon Expressway nearly 60 years ago, and Steve Sinchek bought the business in 1994. He opened the The Old Pro’s second location in downtown Palo Alto about a decade later, and the El Camino bar closed in 2007 with a final blowout where its TVs were sold to patrons for $20.

The Old Pro’s current location meant moving its dive bar environment to downtown Palo Alto’s trendiest location in a space with floor-to-ceiling windows. Yet The Old Pro retained its classic sports memorabilia decor and continued to welcome everyone from little leaguers to college students and venture capitalists. During major sporting events, the bar would come alive and transform into a space filled with hordes of fans decked out in the red, white and blue of American football and the red and gold of the 49ers.

Sinchek pointed to the pandemic pushing away work groups and rising food, rent and labor costs as the main factors behind the bar’s closure in interviews with The Mercury News and the San Francisco Chronicle, although it still operates Local 271 nearby. media thank community members and ask customers to share photos and stories.

Chicago-area restaurant has one of the ‘most outrageous’ burgers in the US, according to the list – NBC Chicago