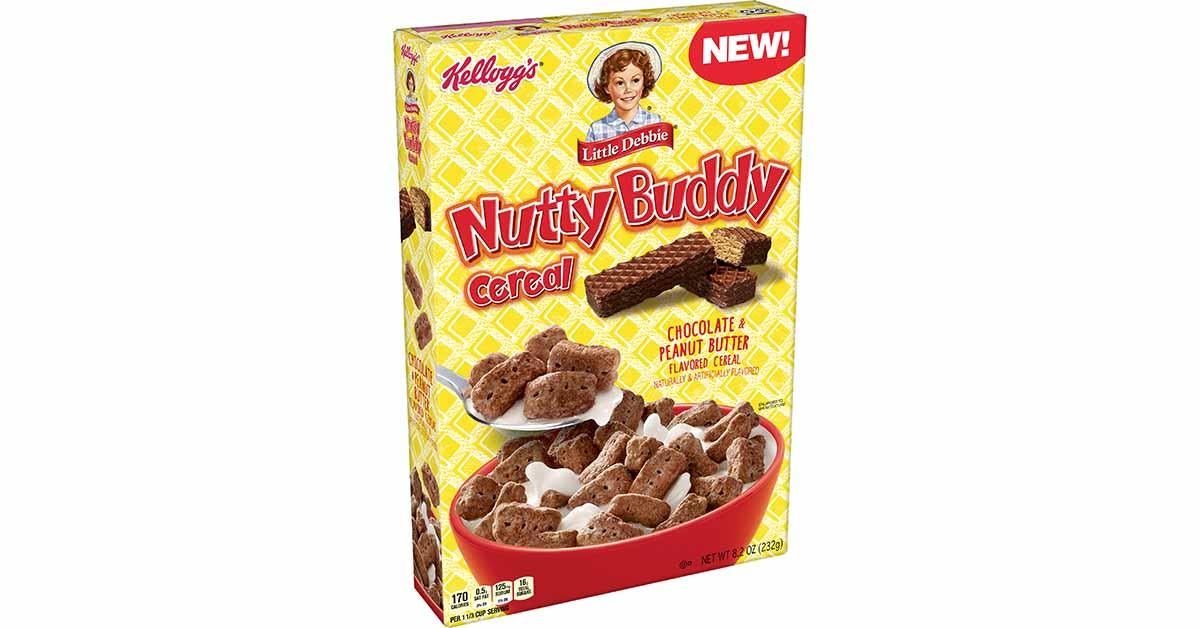 The new cereal features the beloved chocolate and peanut butter flavors of the Nutty Buddy candy and is described as “the flavors meld with the crunchy, fudge-coated cereal pieces for the ultimate Nutty Buddy experience.” No word on how delicious this cereal milk must be, but we’re guessing it’s also very tasty.

“Since the release of our first two Little Debbie cereals, fans have been eager to see Kellogg turn more Little Debbie snacks into cereals,” said Sadie Garcia, brand marketing manager at Kellogg All Family cereal, in a statement. “Our new collaboration brings the iconic Little Debbie Nutty Buddy bars to the breakfast table for the very first time.”

As noted, this is the third Little Debbie treat to receive the cereal treatment.

“Through our ongoing partnership with Kellogg’s, we’re able to share Little Debbie’s beloved treats with fans in new ways,” said Jeff Badger, vice president of marketing at McKee Foods. “This new cereal captures the nostalgic chocolate and peanut butter flavors of a Nutty Buddy Bar. It’s delicious for breakfast or as a treat any time of the day.”

Are you going to discover the new Little Debbie Nutty Buddy cereal? Which Little Debbie treat would you like to see turn into cereal next? Let us know your thoughts in the comments section!

6ix9ine Addresses reports he was attacked at Dubai nightclub

One of my favorite restaurants, Taqueria La Chona, gets a second location!