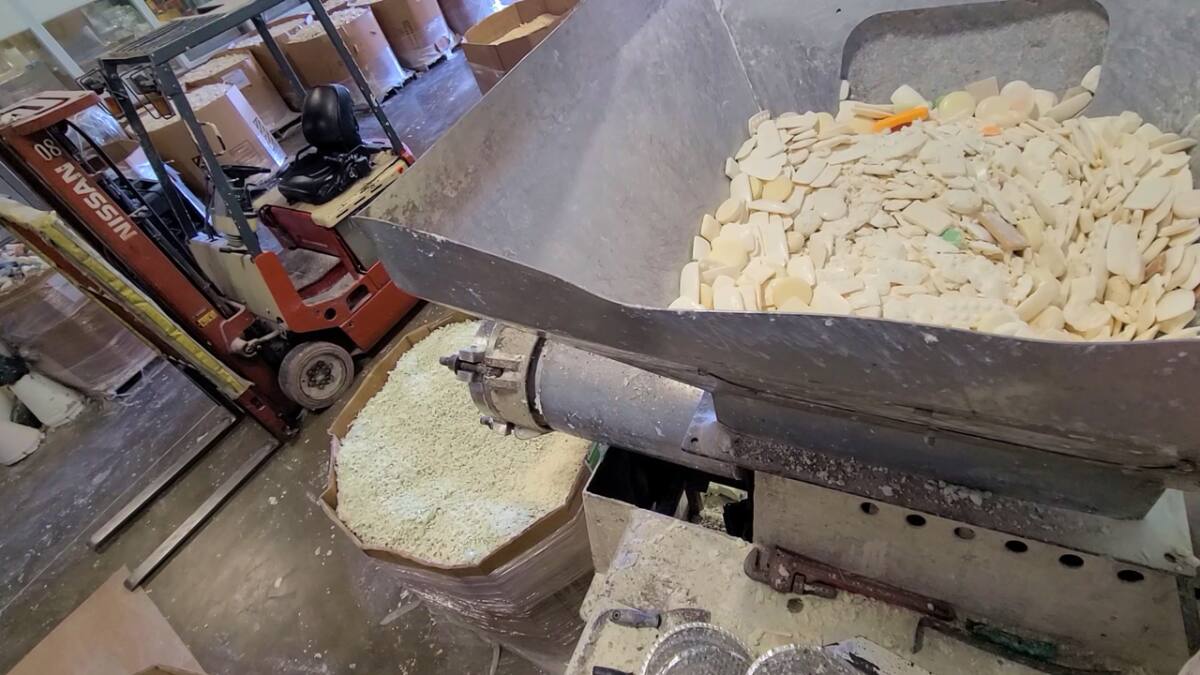 You might not be the last person to use that bar of soap you left in your hotel room.

“It’s actually costing us money, but it’s the right thing to do,” said Gary Stymus, general manager of the Best Western Corte Madera Inn in Marin County. “It’s not really something that we announced. This is part of our general recycling program. We try to divert as much as possible to different recycling streams. »

More than 25 North Bay hotels have signed up with Orlando-based Clean the World and have collected a total of 17,562 pounds of soap, one small bar at a time.

It’s easy to collect that much soap based on a 2019 study from Boston University revealing that the #1 amenity used by hotel guests is the provided bar of soap.

Chris Johansen, one of the owners of Embrace Calistoga, a five-room property in Napa County, has worked with Clean the World since it opened in 2011.

“We pay the membership and we pay the shipping (to ship the soap to Florida),” Johansen told the Business Journal. “It’s not about saving money. But it’s better than every week to put I don’t know how many plastic objects in the recycling, and the soap bar would go to the trash in a landfill.

Whether a product has obviously been used or not, each is replaced at Embrace Calistoga.

At the Farmhouse Inn in Forestville, Sonoma County, guests are encouraged to cut whatever soap they need from a specialty long bar and are then encouraged to take what’s left with them at the end of their stay.

You won’t find bar soap at Waters Edge in Tiburon. Hotel Marin uses EO Products, a San Rafael company. Employees use one-gallon jugs to refill dispensers in rooms. These larger containers can then be filled by EO.

The Country Inn and Suites by Radisson in Dixon and the Holiday Inn Express in Vacaville, both in Solano County, are among the hotels throwing used bars in the trash.

The days of small toiletry bottles are numbered in California. As of January 1, 2023, properties with more than 50 rooms cannot legally provide these tiny bottles of shampoo and the like. In 2024, the same law applies to all accommodation establishments.

Wall-mounted dispensers will do, as will bottles of at least 6 ounces. These tiny bottles that are the norm today usually hold no more than 3 ounces of product.

Since its inception, Clean the World has delivered 70 million bars of soap to 127 countries.

“When we started the business in 2009, 9,000 children a day were dying from pneumonia and diarrheal diseases. In 2020, before COVID, that had been reduced by 65%,” founder Shawn Seipler told the Business Journal. By providing soap to countries with hygiene problems, Clean the World helps people live longer.

Although the impact is enormous, Seipler is quick to point out that 2 million children worldwide (before the pandemic) were dying from diseases that could be prevented with good hygiene.

He said it was difficult to assess needs today, especially with the war in Ukraine and the ongoing pandemic.

“I wouldn’t say the needs are going down,” Seipler said. “There are always humanitarian responses that need to happen.”

Clean the World has provided hygiene kits to those on the US-Mexico border, as well as those affected by natural disasters, including wildfire victims in North Bay.

At the height of the pandemic, Clean the World reconfigured its hygiene kit manufacturing program. Before COVID, this was often a team-building exercise or corporate volunteer opportunity. The nonprofit has moved to sending kits directly to employees. The complete kits, which contain a host of products, could then be donated to a local charity, such as a homeless shelter or women’s centre.

Because hotels are just recovering from being devastated by a lack of travelers at the height of the pandemic, Clean the World predicts it will be 18 months before its portfolio contains 9,000 properties – the number it was. in 2019. It is closer to 8,000 today.

These hotels pay to play. In the United States, the cost is between 50 and 80 cents per room. So a hotel with 100 rooms would pay between $50 and $80 per month, regardless of occupancy. Fees include delivery of empty collection bins, postage to be sent to Clean the World, welcome materials and training information. The price varies according to the volume of rooms.

After years of social distancing, restaurants are ready for Memorial Day crowds without COVID-19 restrictions