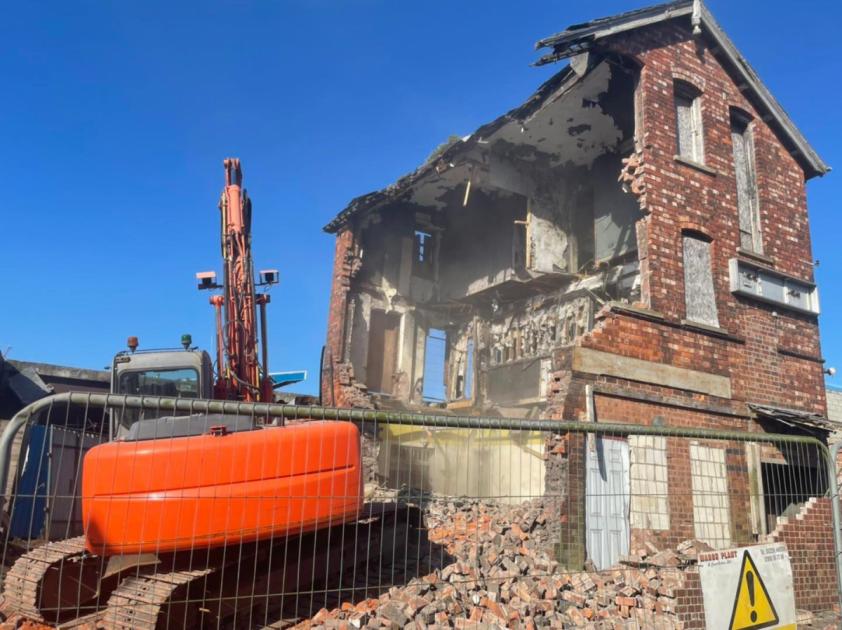 A FORMER nightclub that has been closed for almost 30 years is being demolished due to its ‘unsafe condition’.

The former Geronimos nightclub, which adjoins the Barrow Raiders’ Craven Park ground, is being demolished due to security risks.

The nightclub was closed in 1995 and three fires made the building unsafe, leading to its partial demolition in 2015.

Former Raiders general manager Steve Johnson bought the nightclub in 1986 and it became known for its dance parties called Yummy.

Mr Johnson resigned as chief executive in 1995 after a six-year reign following fierce protests over his plan to demolish the Raiders’ ground and turn it into a bingo hall.

Demolition work started on the old Geronimos building in February 2015.

And seven years later, efforts have been made to tear down the rest of the dance hall after it was bought out by the Raiders in November last year.

“So we decided to demolish it, which will also give us the possibility of using the space in the future.

“It’s a great space – we may be looking for community use like a new ladies’ changing room, but at the moment we are not financially able to rebuild it into anything else.

“The first step was to take him down and we are currently in the process of doing that at the moment. We’ll take care of the rest later.

“We would potentially like to make it a community facility – there is the possibility of building a ladies’ changing room, which is an option. We would like to use the space for something for the community in the future.