A Russian soldier starts a fire in a nightclub, killing 15 people 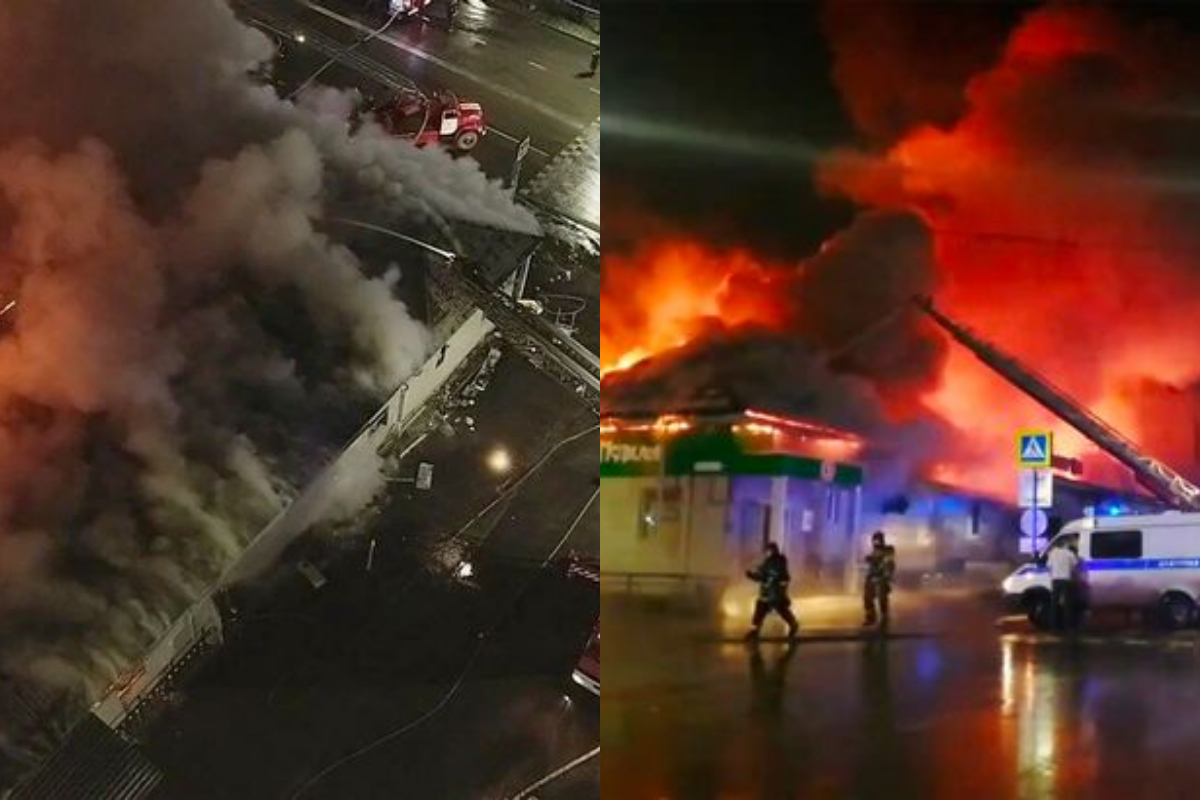 At least 15 people have been killed in a tragic nightclub fire at a prominent Russian establishment.

An inferno raged in the Polygon club in Kostroma, causing a ceiling to collapse “after a military man fired a flare into the ceiling from the dance floor”.

A further 60 revelers are thought to have suffered horrific burns and other injuries as more than 250 people were evacuated from the nightclub hellhole.

Police seized a married man named Stanislav Ionkin, 23, on suspicion of starting the fire with a flare, used by hunters.

The soldier was then questioned about the fire.

The reason for the event was unknown, although other reports indicated a disagreement that escalated into a “mass brawl”.

Hero Andrei Kuzmin saved dozens of lives by kicking down a door, allowing clubgoers to flee, although the death toll was reportedly higher due to the closing of four fire doors.

To rescue the victims, firefighters had to use specialized cutting equipment.

Andrei recounted: “When the fight started, they turned on the lights, there was a pop and there was instant smoke.

“It was instantaneous. There was a bang, there was smoke, panic, smoke.

“There were a lot of people in the place because it was very popular.”

“I can’t say for sure, but roughly there were about 300 people there, as everything was packed, both the bar and the dance floor, and the tables were all taken.”

He continued, “[After the fire started] I thought of nothing. I was thinking how I was gonna get out of here, that’s what I was thinking.

“I took it [the door] outside and the crowd rushed through. If I hadn’t removed it, it would have been terrible.

A video shows the bodies outside the club.

The video has gone viral with over 629,000 views and several…